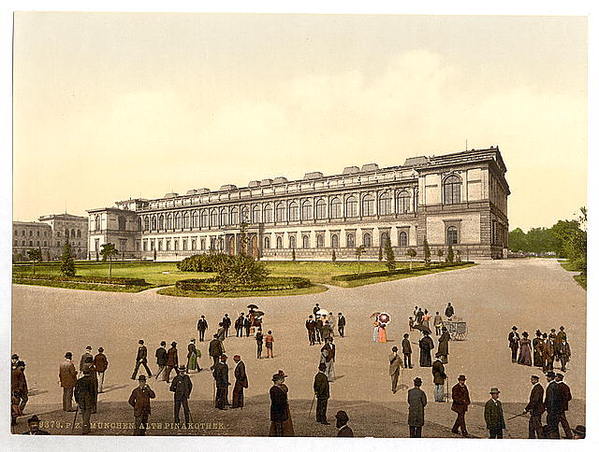 "A painting gallery ...  should ... offer the visitor significant effects both outside and inside; effects that are suitable for putting the visitor into the appropriate mood; because such a collection needs and ought to be designated and designed more for the nation than for the artist, for whom this mood is already innate."
--- Leo von Klenze
Museums of the Mind: German Modernity and the Dynamics of Collecting (2007) by Peter McIsaac - Pages 63-64

In 1826, King Ludwig directed Klenze to erect a new building to house the Wittelsbach art collection. The building was completed in 1836.

Ludwig wanted a distinctive name for his gallery and came across the Greek term pinakes (images) in the writings of Vitruvius, Roman writer and architect, author of De Architectura.

Originally the museum was simply called the Pinakothek and only became alte (old) after the construction of the neu (new) Pinakothek.

The museum galleries were especally designed to display the "Last Judgment" by Peter Paul Rubens, one of the largest canvasses ever painted. 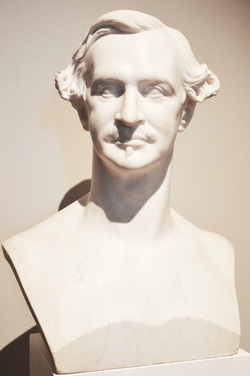 Bust of King Ludwig I in the Alte Pinakothek