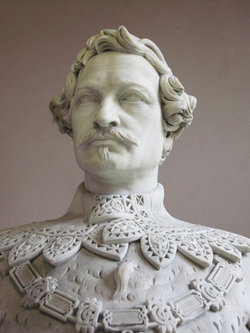 Today the Bayerische Staatsbiblikothek (abbreviated BSB) has 9.39 million books and ranks among the top research libraries in the world.

Stairway of the Bavarian State Library