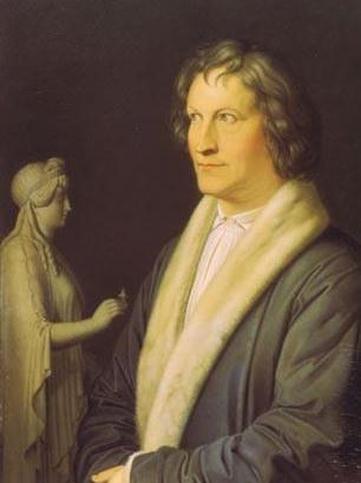 Bertel Thorvaldsen (1823) by Carl Joseph Begas
One of the finest pieces of monumental work in Munich is the equestrian statue of Elector Maximilian I in the Wittelsbach Platz by the Danish sculptor Bertel Thorvalden.

Thorvaldsen was awarded a stipend to study in Rome and spent most of his life in Italy (from 1789 until 1838).

His work became so popular and his fame grew to such an extent that he found it difficult to fulfill all the contracts which were demanded of him. Therefore he hired talented assistants to assist him.  A statue of Adonis commissioned by Ludwig in 1808 and finished in 1832  is one of the few works in marble carved solely by Thorvaldsen's own hand.

In 1812, Ludwig purchased seventeen statues (for 20,000 scudi) that had been recovered from the Temple of Aphaia on the island of Aegina. He had them sent  to Thorvaldsen in Rome for restoration.

"It is a thankless task to restore antique works," Thorvaldsen is reported to have said, "for if it be not well done, it were better left undone; and if it be well done, it is as if nothing had been done."

"The restoration of them," says Die Kunst in Italien, III, page 255, "was entrusted to Thorvaldsen; and a happier choice could not have been made. Where parts have been wanting, the artist has successfully supplied them, and the fragments have been so skillfully handled that it requires a practiced eye to detect the joints."

When some visitors came to Thorvaldsen's studio to see the pieces after the restoration and asked him to point out the places where additions had been necessary, he replied, "I do not remember where they are, and I cannot see them."

Although they exchanged frequent letters, Thorvaldsen and Ludwig did not meet face to face until the Crown Prince arrived in Rome in 1818. When Ludwig left the city, he presented Thorvaldsen with a bottle of choice "Steinwein" of 1631 vintage and a book of his poems, in which one verse praised Thorvaldsen, comparing him to Phidias, the greatest sculptor of Classical Greece: 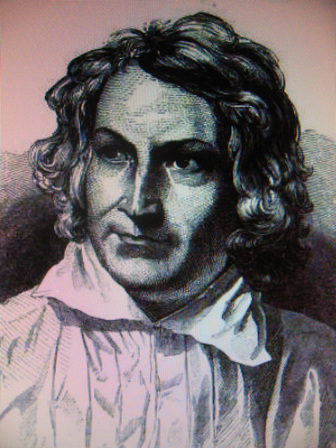 Engraving of Thorvaldsen - The Art Journal of London (1849)