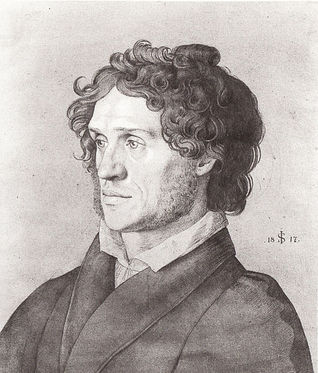 Ferdinand von Olivier by Julius Schnorr von Carolsfeld (1817)
Although Ferdinand von Olivier never went to Rome, he is considered one of the important contributors of the Nazarene movement. He was born  April 1, 1875 in Dessau, where his mother was a court opera singer.

In 1802 he went with his father to Berlin to study woodcut techniques. It was in Berlin that he discovered the works of Wackenroder and Tieck, whose works had such a profound effect the Romanrtic painters.

From Berlin, Oliver moved to Dresden, Vienna and Salzburg before he settled in Munich in 1830.

Avant-Garde and Anti-Judaism in the Romantic Age: The Case of Ferdinand Olivier’s "Family Tree of Neo-German Art" (1823) by Cordula Grewe, Columbia University 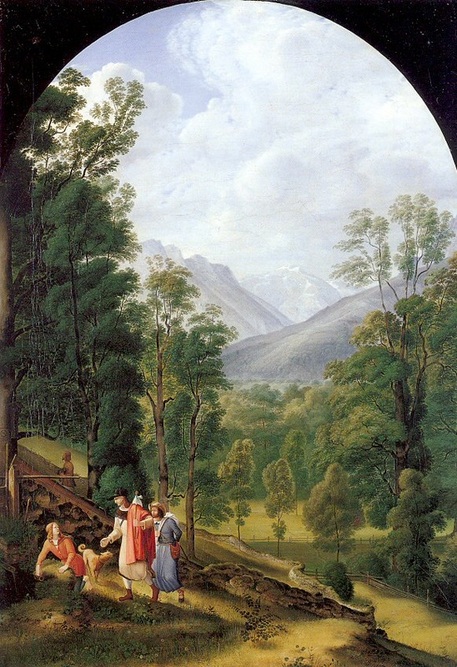 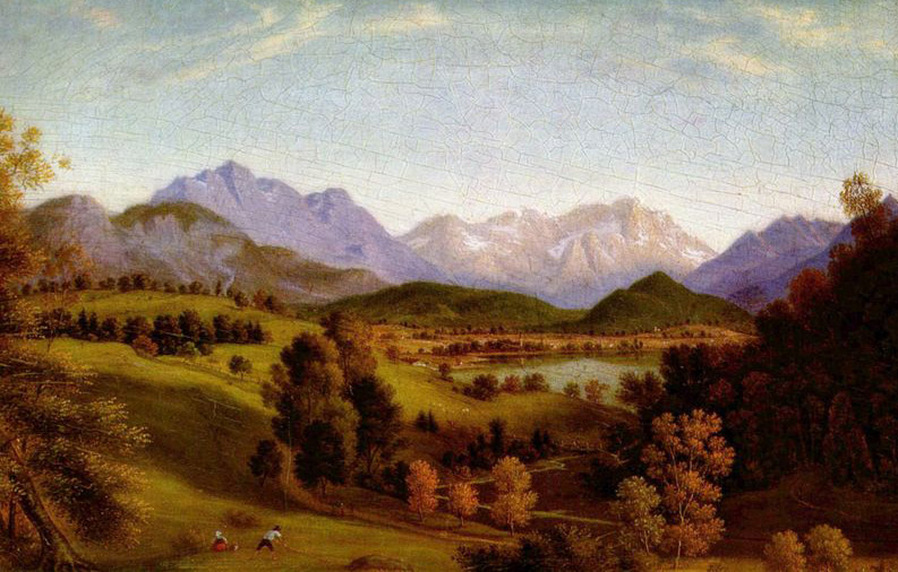