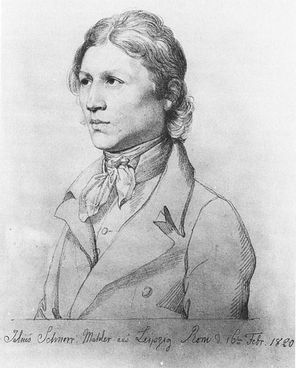 "He had the peculiar happiness of being embued with the love of art from infancy; and he had already mastered many mechanical difficulties in his profession at a period of life when others are only preparing to encounter them. At nine years old he drew from anatomical models; and at fourteen he had engraved on slate The Death of the Queen of the Amazons. Benvenuto Cellini was his favourite book."
(The Art-Union: A Monthly Journal of the Fine Arts, London, February 15, 1839)

At age seventeen, he entered the Vienna Academy, where his two older brothers were already studying.  A year before his arrival, Johann Friedrich Overbeck and others who rebelled against the old conventional style had left the Academy and had moved to Rome where they formed what became known as the Nazarene movement.

In 1815 Schnorr von Carolsfeld  followed them to Rome and became a key figure in  the Nazarene circle.

Schnorr von Carolsfeld became especially close to Friedrich Overbeck and Peter Cornelius, who were impressed with his painting, "The Wedding in Cana."

In 1825 he moved to Munich to work for Ludwig, creating murals for his palace, the Munich Residenz.  His first frescos were of episodes from the Nibelungenlied, and later on German historical themes, including tales of the exploits of Charlemagne, Frederick Barbarosa and Rudolf of Hapsburg.

After visiting the palace, a contemporary, the English writer Mrs. Anna Jameson, wrote in her book "Visits and Sketches at Home and Abroad" (1834) that Schnorr von Carolsfeld was "certainly one of the greatest living artists of Europe." 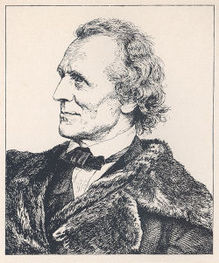 Julius Schnorr von Carolsfeld (1794-1872)
Schnorr's career can be divided into three phases: (1) in Rome with the Nazarenes from 1815 to 1825, (2) with Ludwig in Munich from 1825 and (3) his later years when he devoted his energies to an extensive series of biblical illustrations.

Schnorr devoted more than 35 years to his Picture Bible with 240 woodcuts, which he considered to be miniature frescoes. 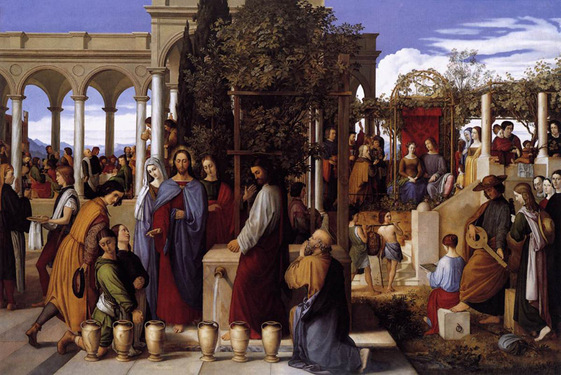 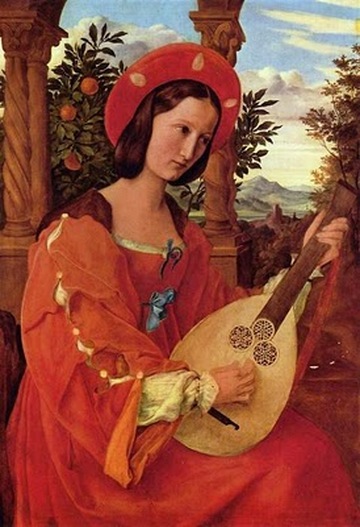 Johann Von Quandt's father was a wealthy merchant and landowner and he was educated by private tutors in art, architecture and horticulture. He left Leipzig on an educational tour to Italy in 1811 and in Rome he became acquainted with the Nazarenes and the other German artists living there.

In 1819 he married Clara Bianca and the couple went on an extended honeymoon  to Rome, where their home became a gathering point for the German artist colony. He commissioned works from each of the artists, including his fellow Leipziger Schnorr von Carolsfeld.

In 1820 the von Quandts returned to Leipzig where he established a gallery in his home, for which he wrote the catalog.  He later served on the board of the Sächsischen Kunstvereins (Saxony Art Association) and became an honorary member of the Royal Academies of Berlin and Munich. 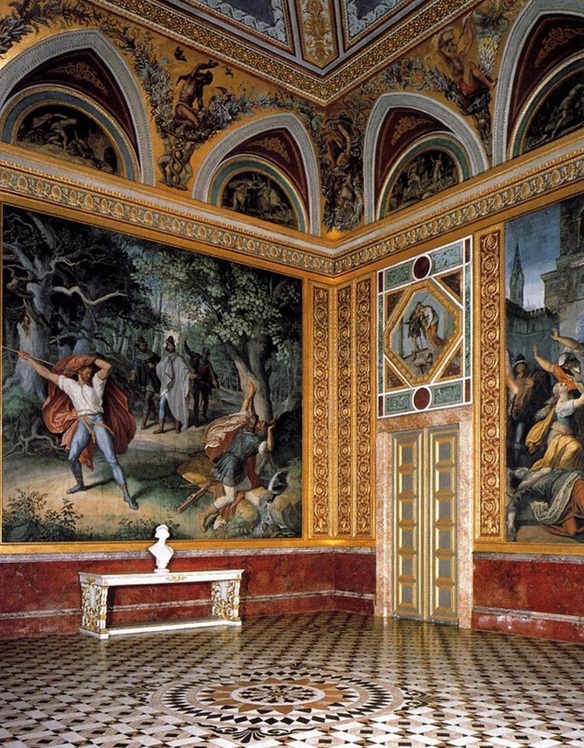 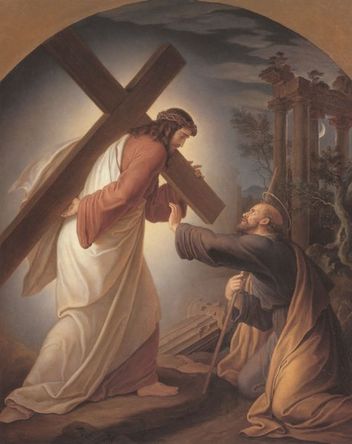