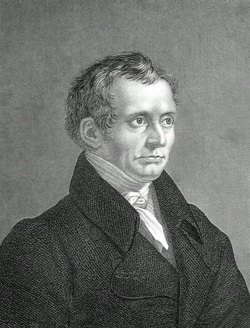 Peter von Cornelius
Peter von Cornelius (September 23,1783 – March 6,1867) was born in Düsseldorf. His father Aloys was a Dozent (lecturer) and Inspector at Düsseldorf's Academy of Fine Arts and he took his young son with him as he painted altarpieces and copied Old Masters.

An anecdote from Cornelius' childhood that shows his early proclivity for art relates that a friend of his father offered the young lad a choice between a coin and a piece of drawing chalk, and he chose the chalk.

Cornelius' father died in 1799, leaving him and his brother to support his mother and family.

In a letter to the art historian, biographer and art patron Count Raczynski, Cornelius wrote, " It fell to the lot of an elder brother and myself to watch over the interests of a numerous family. It was at this time that it was attempted to persuade my mother that it would be better for me to devote myself to the trade of a goldsmith than to continue to pursue painting—in the first place, in consequence of the time necessary to qualify me for the art, and in the next, because there were already so many painters. My dear mother, however, rejected all this advice, and I felt myself impelled onward by an uncontrollable enthusiasm, to which the confidence of my mother gave new strength, which was supported by the continual fear that I should be removed from the study of that art I loved so much."  (Encyclopedia Britannica, 1910)


When his mother died In 1809, Cornelius left Düsseldorf for Frankfurt.

After a six-week journey from Germany, Cornelius arrived on October 14, 1811 in Rome , where he became part of the brotherhood of German painters known as The Nazarenes.  The German painters in Rome were divided into two camps:  the monks (Klosterbrüder) and the Hellenes (Helleniker).

He formed a close friendship with Overbeck which lasted until his death. Cornelius always expressed his gratitude to Overbeck, and loved him as a brother. King Ludwig compared the pair of artists to two of the apostles: Overbeck, the pious and sentimental, to John; Cornelius, the fervent conqueror of the world of art, to Paul.

Cornelius was lionized and celebrated during his lifetime.  Barthold Georg Niebuhr, the Prussian ambassador in Rome, called him "the Goethe of the  painters," adding that he had "in every respect an open and powerful intellect, free of limitations." (The Life and Letters of Barthold George Niebuhr : With Essays on his Character and Influence - Page 369.)

However, some critics argue that Cornelius was strong on artistic theory and philosophy , but that he was somewhat weak on technique. Indeed, after his frescoes were unveiled in the Ludswigskirche, a peeved and disappointed Ludwig complained, "A painter must paint. Otherwise I cannot use him."

In addition, he was a proponent of fresco painting, a medium perhaps better suited to the climate of Italy than to Munich.

His fresco of The Last Judgment in Ludwigskirche in Munich is 62 feet in height and 38 feet in width,  the second largest in the world after Michelangelos's fresco in the Sistine Chapel in Rome.

Cornelius' work was not limited to religious themes.

"The genius of Cornelius has been successively excited by the Old Testament, Homer, Goethe, Dante, the Nibelungen, the German Troubadours, and the New Testament; and were we to seek the degree of analogy which holds between these different sources of inspiration and Cornelius himself, we could only express the result by saying, that his sympathies appear to incline him towards Homer, and that he has shown most fire and originality in his representation of Faust."

"It is Cornelius who has created and fixed the type of the principal characters in the poem of Goethe, and in the Nibelungen. All the world now imagines Faust, Mephistopheles and Grechen, as Cornelius has represented them; and those artists who have treated the same subject after him, have lacked either courage or power to deviate from the type he has given. It is the same with the Nibelungen: the mould of Volker, Hagen, Siegfried, Chriemhild, Brunhilde, was shaped by Cornelius ; and other artists, however they may try to be different, never fail to remind us of him. These figures are stamped on the minds of all, as those of the prophets and apostles, and cease to be regarded as true, in proportion as they recede from the type which the genius of Cornelius has fixed for each."
--- The St James Magazine: Sketches of Eminent Living Artists - No. 1 Cornelius (1842) 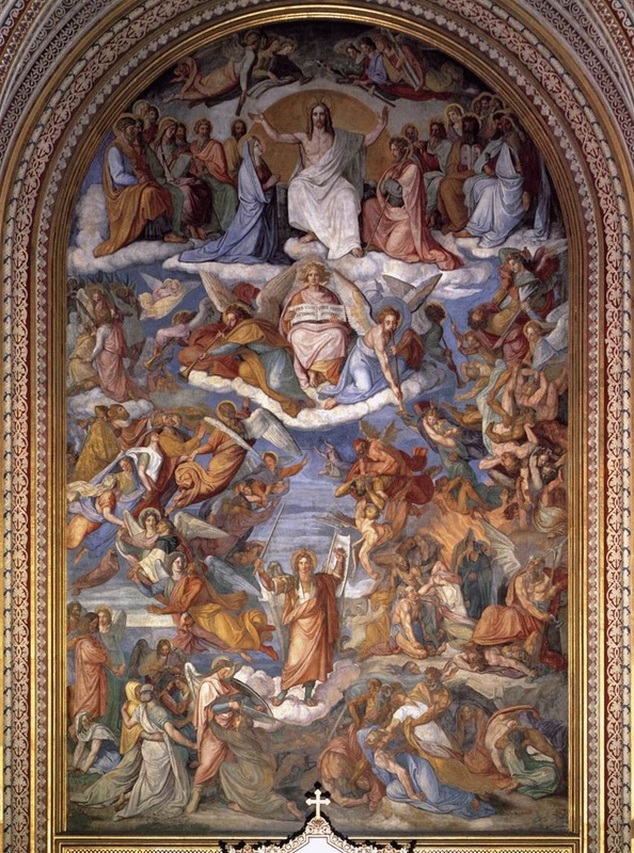 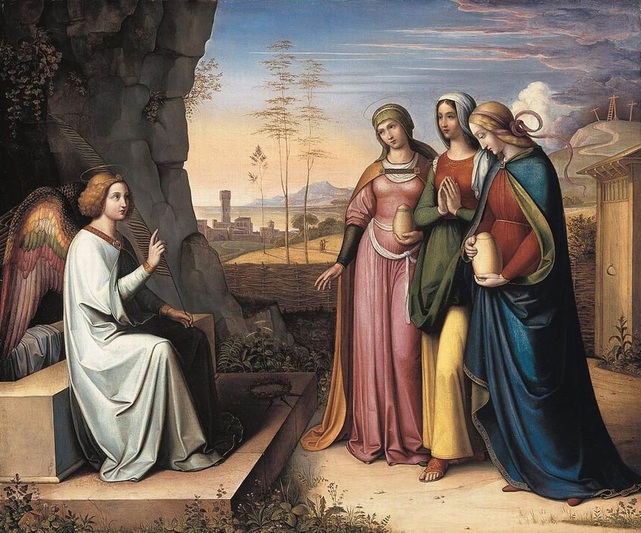 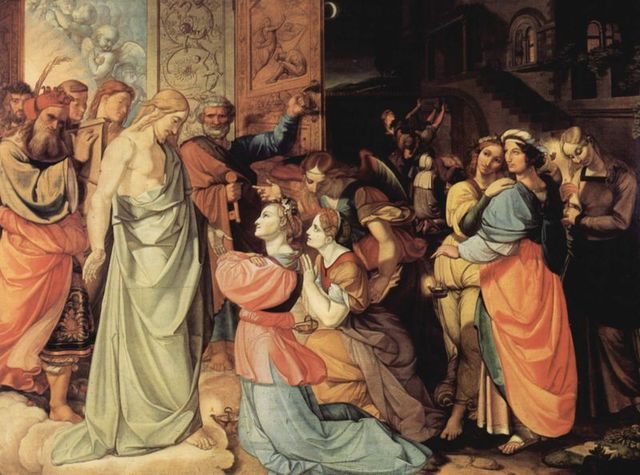 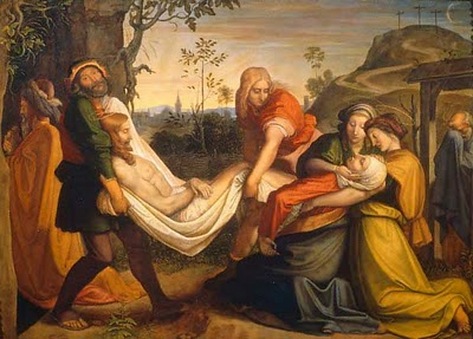 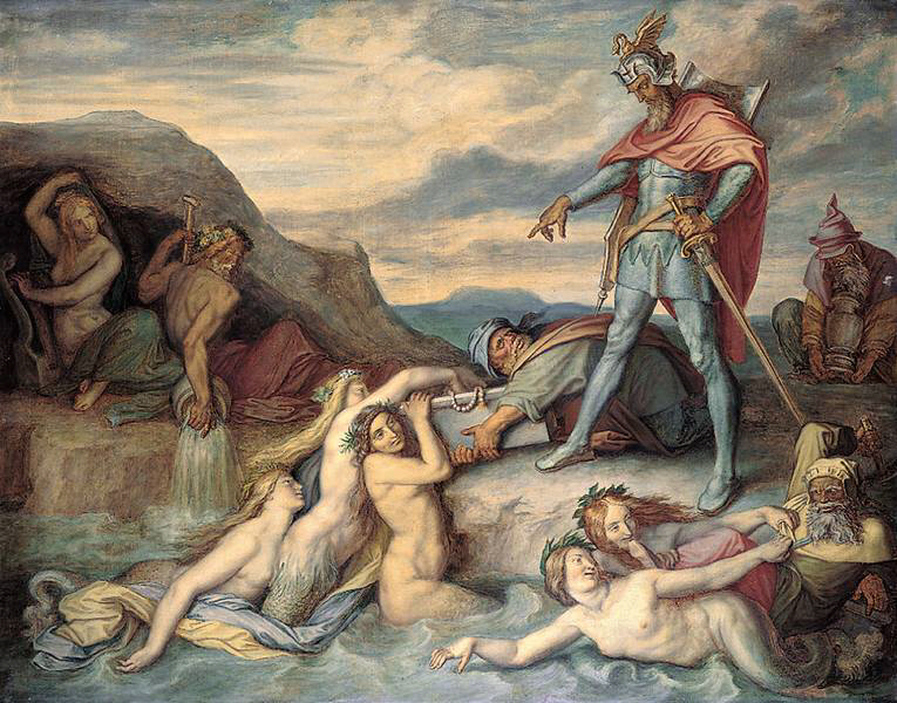