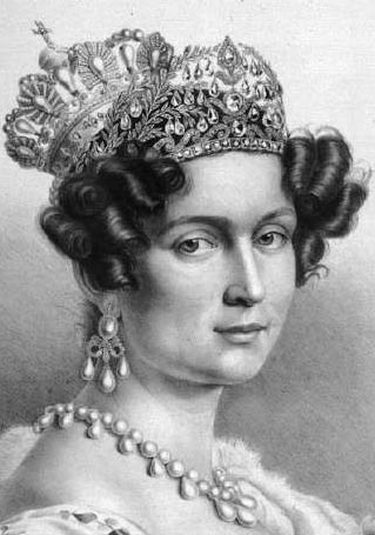 Therese Charlotte Luise von Sachsen-Hildburghausen (1810)
Therese Charlotte Luise von Sachsen-Hildburghausen was on the short list in 1809 to become the bride of Napoleon Bonaparte, but instead she was matched with Crown Prince Ludwig I. The festivities celebrating their marriage in Munich on October 12, 1810 was the first Oktoberfest.

She was the sixth daughter of Frederick, Duke of Saxe-Hildburghausen, and his wife, Charlotte, a cultured pair who hosted poets and artists and turned their little duchy into "a little Weimar", despite a lack of financial resources.

She was educated in both Classical German and French. Raised as a Lutheran, she kept her Protestant faith in Catholic Bavaria throughout her life.

Ludwig was fearful that Napoleon would force him to marry a French princess and so moved swiftly to marry a German. He visited Hildburghausen December 21-24, 1809 and chose Therese over her younger sister, Luise, who was considered more beautiful.

Although Ludwig was frequently absent on his many journeys or involved in "friendships" when at home, she suffered his dalliances according to the norms for women of her time and class and bore him nine children. 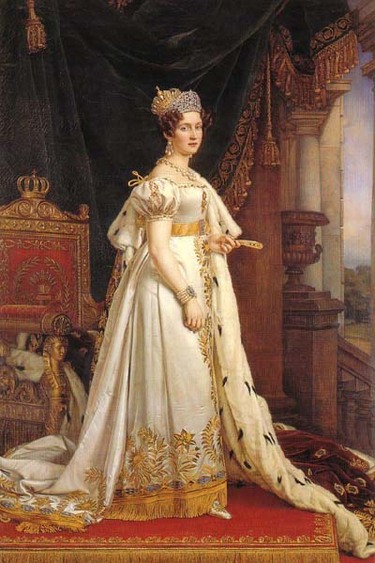