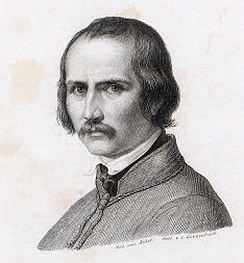 Wilhelm von Kaulbach (1804/5 - 1874)
"I consider Kaulbach the greatest and noblest painter of the century. Some may have excelled him in refined grace and others in minuteness of finish; but as regards the higher aims of mind that constitute genius, he, I think, surpasses them all."
---- Samuel Carter Hall, Editor, The Art Journal of London (1883)

Born poor in either 1804 or 1805, the son of an impoverished goldsmith and copper engraver, Wilhelm von Kaulbach became one of the most successful and celebrated artists of his age, thanks in no small measure, to King Ludwig.

In 1822, he began studying with Peter Cornelius at the Düsseldorf Academy. He followed Cornelius to Munich in 1825.
He painted a mural of Apollo and the Muses in the style of Cornelius in the Great Hall of the Odeon Theater and in the arcades of the Royal Court Garden (Hofgarten) the symbolic figures of the four main rivers of Bavaria. He painted 16 murals depicting the fable of Cupid and Psyche at the Palace of Duke Max in Munich.

In 1841, Ludwig commissioned Wilhelm Kaulbach with the monumental painting The Destruction of Jerusalem, which subsequently was displayed in the Middle Room of the Neue Pinakothek. 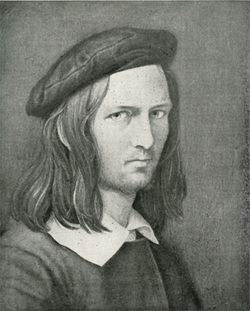 Wilhelm von Kaulbach - Self Portait
"Kaulbach was no recluse. His house in Gartenstrasse, Munich, was the rendezvous of a select circle. Seldom did an artist, a man of letters, or any one having a place in the intellectual world, visit Munich without being received at his hospitable board."
---    Appleton's Journal, Volume 12: Some Recollections of Kaulbach (1874)

"Kaulbach's atelier is situated in one of the suburbs of Munich, quite sequestered from the bustle of the main body of the city and the rich dwellings of the fashionable world, in a garden near the river and the great park: thus forming a perfect country residence. He is excessively fond of nature, and therefore surrounds himself with various animals, whose figures and gambols he is delighted with, and allows at the same time the plants a free and unrestrained growth, the
green vine-leaves clustering about the door of his dwelling almost barring the entrance. Besides, his atelier abounds with ancient arms and costumes, stuffed birds, sculptures, drawings, prints of various masters, books on arious subjects: he is also very fond of music. His person is very  pleasing; he only speaks his native language, but speaks it with euphony and  grace. He is sociable, friendly, full of complacency and affability, but against  rudeness, presumption, folly, and baseness—severe to the extreme, which nobody will find fault with. He is endowed with an extraordinary skill and
facility of drawing: which fits him in the highest degree for becoming a ready adviser of others, thus being enabled quickly to illustrate his opinions and views in a most scientific and artistic way. He is not averse to discussion on his own  works with the intelligent—displaying a quality so rarely met with in distinguished artists, that of tranquilly and patiently listening to contradiction or blame, or even reading it when printed.
— Samuel Carter Hall,  Art Union (1846) 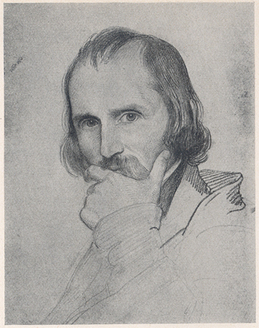 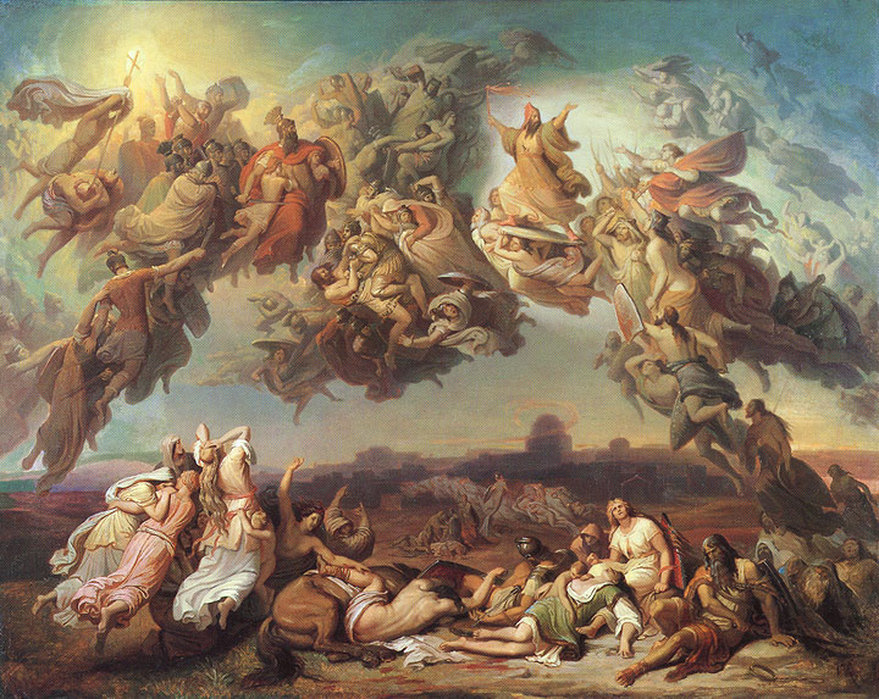 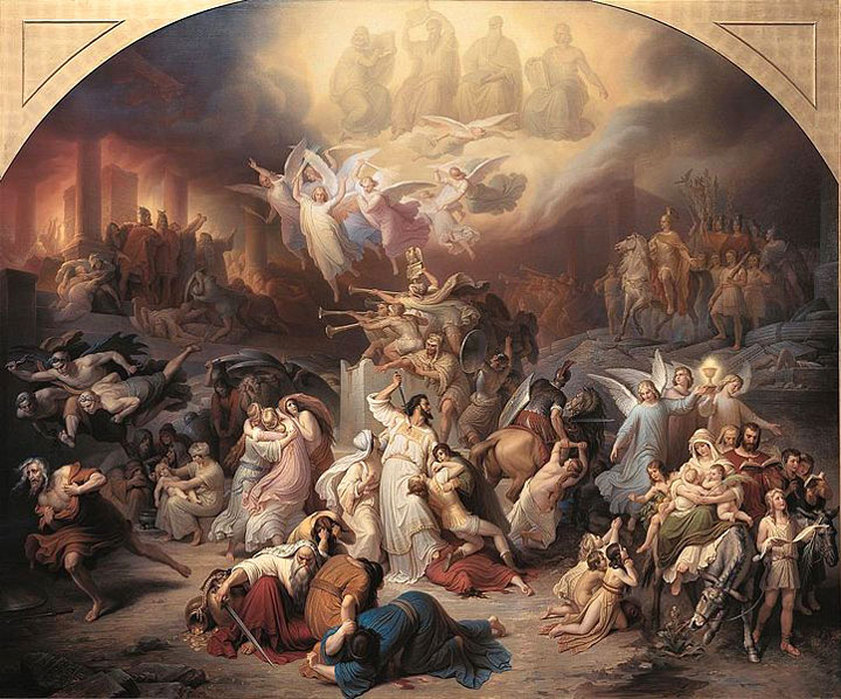