Ludwig I of Bavaria ~ Patron of the Arts

Instead of spending vast sums on the army and weapons, Ludwig invested his personal funds and those of the Kingdom of Bavaria on works of art and architectural projects.

He wanted, he said, to make Munich "an Athens on the Isar."


“I want to make Munich a city that should bring such glory to Germany that no one knows Germany when he hasn't seen Munich,” he proclaimed.1 “

Ludwig believed in the educative value of art and was instrumental in the evolution of princely art collections into public museums for the benefit of all citizens. 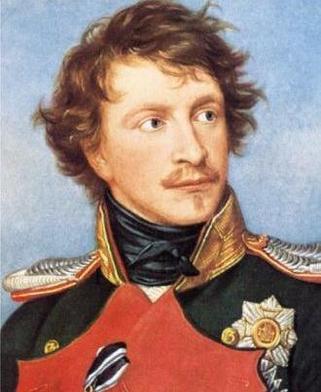 Professor Anton Heinrich Springer, noted German art historian and author who played an important role in establishing art history as an academic subject,  wrote in his 1858 treatise History of Fine Arts in the 19th Century that "the activities of King Ludwig made Munich the most artistically saturated and beautiful city in Germany."

Professor Wilhelm Lübke, another respected German art historian, wrote, “Perhaps no other monarch has ever fostered art with the same insight, comprehensiveness, and thoroughness. While most princes and patrons have simply employed art as the plaything of their idle moments, or for their private glorification, King Ludwig I may claim the immortal glory of having correctly grasped its lasting national significance.”

Ludwig's eccentric grandson, the so-called "Mad" King Ludwig II, is today more famous than his grandfather thanks to his construction of fantastic palaces (Neuschwanstein, Linderhof, Herrenchiemsee) which attract tourists from around the world to Bavaria.

But the transformation of an entire city by Ludwig I is a more impressive achievement and in his day he was recognized as a major cultural force in Europe. (It must also be noted that he exerted an influence on his grandson's development, his first gift to him being a royal-class set of building blocks.)

The celebration of Ludwig's marriage on October 12, 1810 to Therese Charlotte Luise of Saxony-Hildburghausen was the first Oktoberfest. This is now probably Ludwig's greatest claim to fame, that and his scandalous affair at the age of 60 with the adventuress Lola Montez, which ended in his abdication in 1848.

There is no denying that bier has played an important role in the development of Munich. And juicy gossip about the sexual pecadillos of the rich and famous attracts more readers than more erudite subjects. But focusing on these two aspects of his life alone to the neglect of his considerable accomplishments do King Ludwig I an injustice and one goal of this website is to try to correct this. 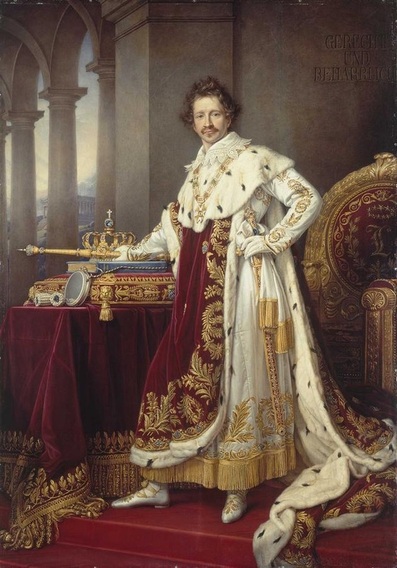 King Ludwig I in his Coronation Robes - Joseph Karl Stieler (1826)
The author of this website is Michael James Reed, who divides his time between Florida and Europe.
ludwigiwittelsbach@gmail.com
Comments, suggestions, feedback are welcomed.

The production and maintenance of this website is made possible by:
Creative World Travel
2707 West Old U.S. Highway 441
Mount Dora, FL 32757
352–735–1700
creativeworldtravel@comcast.net
www.creativeworld.us