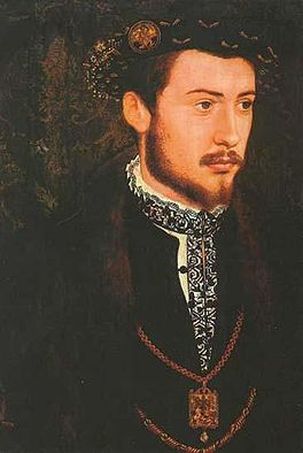 Albrecht V, Duke of Bavaria (1528-1579)
The rule of  Albrecht V, has been called “the second Medicean age”,  in reference to the Medici family, the Renaissance rulers of Tuscany who were great patrons of the arts.

Albrecht V was born in 1528 and succeeded his father as ruler of Bavaria in 1550. Bavarian historians have called him "The Magnanimous" for his love and support of the fine arts.

Albrecht V had a strong passion for collecting, not just art but all kinds of artifacts and curiosities, and brought the historian Samuel Quickelberg to Munich to plan his proposed Kunstkammer or Chamber of Art. His collection grew so large that a separate building, the Antiquarium, was built to house it between 1569-1571.  It was considered the most important German gallery in the sixteenth century.

The idea for the Antiquarium was suggested to Albrecht by his personal art consultant,  Jacopo di Strada, Italian humanist, art dealer, painter, architect and general adventurer. Albrecht had lured Strada to Munich in 1566 and made him Hofkammerpräsident (President of the Exchequer.)

In order to compete with the Italian states in the musical arena, Albrecht in 1556 brought to his court as maestro di capello the Flemish composer Orlando di Lasso, who had been employed by Cosimo I de' Medici, Grand Duke of Tuscany. Lasso's influence attracted other Italian musicians to Munich and the court became a leading center for late Renaissance music.

In addition, during his reign the Munich court increased to become one of the largest in the Holy Roman Empire. The number of personnel expanded from a staff of 485 in 1556 to 866 employees in 1571. Most of the new employees were service workers in the stables, kitchens and hunting crew.

Albrecht's expenses were criticized as extravagant and an excessive burden on the tax-payers but he responded that they were necessary for his "reputation" and that of Munich.

The Schaztkammer (Treasury) of the Munich Residenz was established by the will of Albrecht V to unite "hereditary and dynastic jewels"  in an unsaleable collection.

After the period of Martin Luther and the Protestant Reformation, Bavaria remained ardently Catholic. Albrecht V was a strict Catholic and a leader of the German Counter-Reformation. 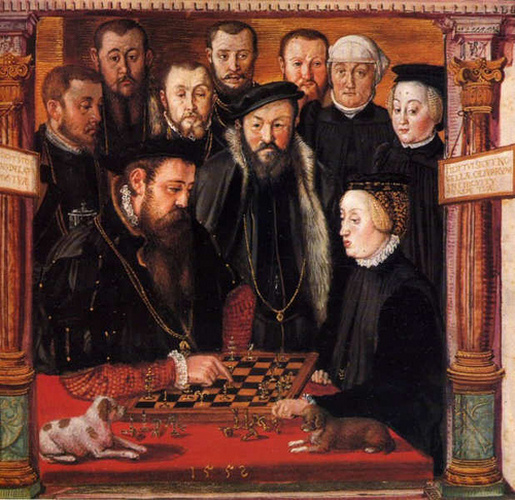