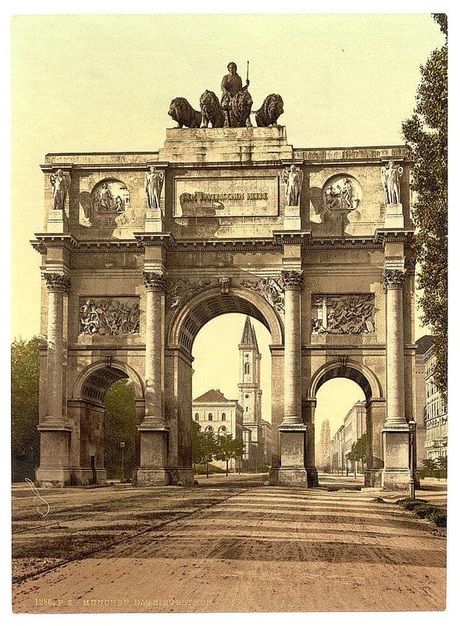 The Siegestor, commissioned by King Ludwig and designed by Friedrich Wilhelm  von Gärtner, was inspired by the Arch of Constantine in Rome.

The quadriga at the top was created by Martin von Wagner.  Lions were used instead of the customary horses because the lion was the symbol of the House of Wittelsbach (and is today the symbol of Bavaria.)